Wendy Goldstein, Executive Vice President of A&R at Republic Records, will keynote the Music Business Association’s (Music Biz) third annual Music’s Leading Ladies Speak Out program, powered by Nielsen Music, on May 15, 2018, during the Music Biz 2018 conference at the Omni Nashville Hotel in Nashville. Goldstein will discuss her journey through the music industry, her work experiences and achievements, her thoughts on work/life balance, and her advice for those building their careers in the music business in an interview conducted by Billboard Senior Correspondent Gail Mitchell.

“Wendy has played a critical role in launching the careers of some of today’s biggest artists, including Music Biz 2018 Breakthrough Artist Julia Michaels, Music Biz 2014 Breakthrough Artist Ariana Grande, The Weeknd, DNCE, and Hailee Steinfeld, among many others,” said James Donio, President of Music Biz. “Her example is an inspiration to young women working their way up the music industry ladder, and we know that she will leave our Music Biz 2018 attendees feeling ready to take on the world.”

“I’m honored that Music Biz reached out and enlisted me for this incredible program,” said Goldstein. “I’ve been lucky to have many wonderful mentors throughout my career, and it’s amazing to share what I’ve learned with the next generation.” 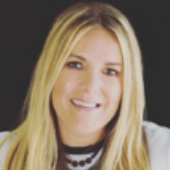 The event will kick off with a presentation from Erin Crawford, Senior Vice President & General Manager of Nielsen Music, the industry’s leading source of music data, insights and analytics. Nielsen Music powers the official Billboard charts and provides the most comprehensive data-driven solutions in the business.

“We’re thrilled to once again be part of this program that spotlights the work of amazing women in music who are helping to shape the future of the industry,” said Crawford. “Wendy Goldstein’s incredible business accomplishments, dedication to artists and passion for music will make her the perfect ‘leading lady’ for this year’s event.”

Goldstein began her career at the age of 19 as an assistant at Epic Records, quickly graduating to A&R posts at RCA Records, East West Records, Geffen Records, and Priority/Capitol Records. During that time, she was responsible for signing major acts such as The Roots, Common, GZA, and The Bloodhound Gang. In 2008, she joined Republic Records as a consultant and was soon promoted to Executive Vice President/Head of Urban A&R before ultimately becoming Executive Vice President of A&R at the label.

A true A&R visionary, Goldstein placed Ariana Grande and Nicki Minaj together for the triple-Platinum smash “Side to Side” while fostering the explosion of DNCE from a fledgling act into a multi-Platinum sensation throughout 2017. After working closely with The Weeknd on 2015’s blockbuster album Beauty Behind the Madness, she spearheaded and oversaw creation of the multi-Platinum juggernaut Starboy, which became his second consecutive #1 album debut on the Billboard Top 200 and spawned a series of smashes, including “Starboy” featuring Daft Punk. She also guided The Weeknd’s XO label, releasing critically acclaimed work from NAV and Belly, among others. In addition, Wendy oversaw the launch of Marc. E Bassy and his growth into a Platinum star on the success of “You & Me” featuring G-Eazy. She also paired Hailee Steinfeld with Zedd for the double-Platinum “Starving” and launched the career of Julia Michaels, whose double-Platinum single “Issues” is 2017’s best-selling song by a new artist and the year’s highest on-demand audio streaming song by a new artist, according to Nielsen. Michaels will receive a Breakthrough Artist Award at Music Biz 2018 and is nominated for two GRAMMY Awards: Best New Artist and Song of the Year for “Issues.” 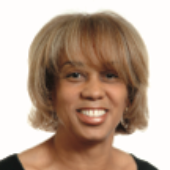 Mitchell holds a Bachelor’s Degree in Communications from Loyola Marymount in Los Angeles. She also serves on the Board of LMU’s African-American Alumni Association (AAAA), as well as on the Editorial Advisory Board for the University’s alumni publication, LMU. Mitchell is the 2014 recipient of the Living Legends Foundation’s Media Award and the 2013 recipient of LMU/AAAA’s William L. Strickland ‘71 Excellence Award. Her music industry service also includes two terms as a National Trustee representing the Los Angeles Chapter of the Recording Academy.

Music Biz is the music industry’s premier event, giving the commerce and content sectors a place to meet with trading partners, network with new companies, and learn about new trends and products impacting the music business. The 2018 event will feature the presentation of the Presidential Award for Outstanding Executive Achievement to Cary Sherman, CEO of the Recording Industry Association of America (RIAA); the Harry Chapin Memorial Humanitarian Award to Scooter Braun, who will also participate in a Keynote interview; a Breakthrough Artist Award to Republic Records singer/songwriter Julia Michaels, and the Independent Spirit Award to the Radakovitz Family, owners of the iconic Sacramento, CA-based record store chain Dimple Records. Music industry veteran Lyor Cohen, Global Head of Music at YouTube/Google and Founder of music content company 300, will Keynote a Featured Presentation. Registration for Music Biz 2018 is open now at www.musicbiz2018.eventbrite.com, with special early bird rates available through March 2, 2018. For more information, visit www.musicbiz2018.com.