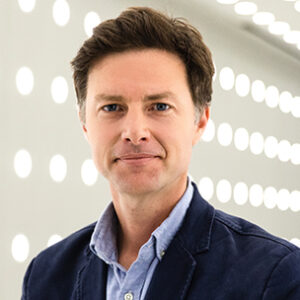 
Conal Byrne is the President of iHeartMedia’s iHeartPodcast Network. Under Byrne’s leadership, iHeartRadio is now the #1 podcast publisher globally according to Podtrac, the podcast industry’s third-party measurement source. In this role, he is responsible for the operations and performance of the entire iHeartPodcast Network, including more than 750 iHeartRadio Original shows across a wide variety of genres. The iHeartPodcast Network amasses more than 216 million downloads a month. Additionally, he oversees podcast revenue opportunities and special services, programs and products for advertising partners. Prior to joining iHeartMedia, Byrne was President and CEO of Stuff Media, Inc., home of the incredibly popular HowStuffWorks (HSW), which pioneered the podcast space with leading shows including “Stuff You Missed in History Class” and “Stuff You Should Know,” which recently surpassed over a billion downloads.  Byrne joined iHeartMedia when the company acquired HSW in October 2018. Prior to Stuff Media, Byrne previously served as SVP of Digital Media for Discovery Communications, where he ran digital for all of Discovery’s U.S. networks and led the launch of Discovery VR. 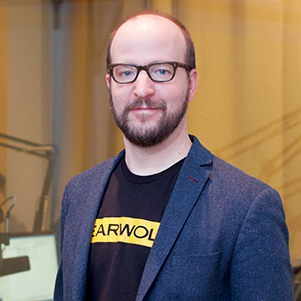 Erik Diehn serves as the CEO of Stitcher, the world’s leading podcast company and parent to comedy podcast network Earwolf and podcast sales leader Midroll. He joined in August 2014 as its first VP of Business Development, overseeing content acquisition and fueling the rapid growth of its portfolio of podcasts to over 300 shows. Diehn was part of the management team that oversaw the company’s successful acquisition by the E.W. Scripps Company. Prior to Stitcher, he oversaw business development at New York Public Radio, where he first became involved in the podcast business by working with major public radio properties such as Radiolab and Freakonomics Radio. A 20-year veteran of technology and media companies, he also worked in corporate strategy at Bloomberg, served as a consultant for the Boston Consulting Group, and managed digital efforts at MTV Networks and Marvel Comics. 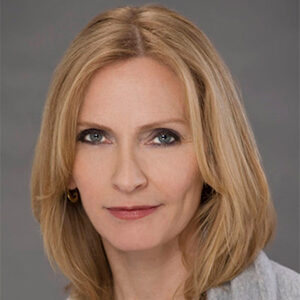 Liz Gately is the Head of Network Programming at Spotify overseeing the creative development and packaging of projects with partners, media companies, agencies and talent. In this role, she leads the teams responsible for talent development, casting and booking, network development, TV & film packaging of Spotify Studios projects, and podcast editorial. Gateley is one of the few top-level women to run a network, most recently heading programming for scripted & unscripted & movies at Lifetime for three years prior to joining Spotify. She has consistently made hit content that is culturally impactful and has transformed brands, adding most recently Surviving R. Kelly and YOU to her long list of groundbreaking, genre-busting zeitgeist formats that disrupted the TV landscape. Over her career, Gateley developed UnREAL, The Hills, 16 & Pregnant, Teen Mom, Teen Wolf, Scream, Ridiculousness, Run’s’ House, Human Giant, America’s Best Dance Crew, and Wild ‘N Out; discovered such talent as Aziz Ansari and Dylan O’Brien, and created Laguna Beach. In 2019, Gateley won the Oscar for Best Documentary Short for her work on “Learning to Skateboard in a War Zone (if You’re a Girl).” She has a passion for diversity and inclusion in the workplace, developing several initiatives while at Lifetime to achieve greater gender parity and diversity behind the camera. 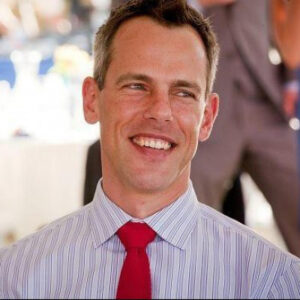 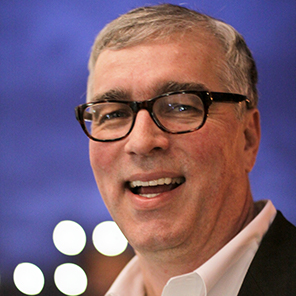 Jim Griffin is the Managing Director of OneHouse, a company dedicated to the digital delivery of art and its monetization. Griffin is also a professor at NoVa College in Sterling, VA where he teaches music copyright law. He previously ran The Pho List for almost two decades; ran Cherry Lane Digital for Cherry Lane; and served as CTO for Geffen, President of Network Licensing for Warner, and an advisor to WIPO on copyrights and music licensing. 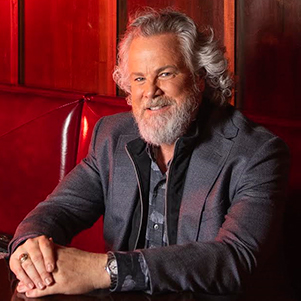 Singer, songwriter, and entertainer Robert Earl Keen has recorded 19 albums and performed thousands of shows. Keen is the host and creator of the Americana Podcast: the 51st State. His music ranges from Country to Bluegrass to Rock, and his songs have been recorded by artists including George Strait, Lyle Lovett, Joe Ely, Montgomery Gentry, Dixie Chicks, The Highwaymen, Gillian Welch, Todd Snider and Shawn Colvin. He has been honored with the BMI Troubadour Award, Texas A&M University Distinguished Alumni Award, the Texas Cowboy Hall of Fame Spirit of Texas Award, and in 2020 was inducted into the Texas Institute of Letters. Keen’s signature song is “The Road Goes On Forever.” 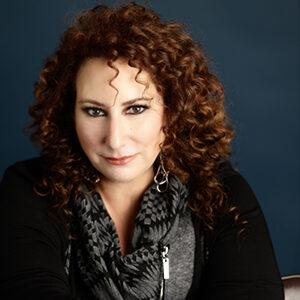 Deborah Mannis-Gardner is the Owner and President of DMG Clearances, Inc., a company that specializes in global music rights clearances, whether for samples for recordings, song usage in movies, television, and video games, or innovative applications. DMG Clearances is known for clearing difficult copyrights from artists such as Led Zeppelin, The Beatles, Prince, and AC/DC, as well as intricate multi-song mashups. She is also partner and advisor to the Swedish digital music startup Tracklib, serves as music advisor to attorney Michael Avenatti, and is a judge for the News & Documentary Emmy Awards’ Outstanding Music & Sound category.

Marris-Gardner has notably handled clearances for films such as The Aviator, 8 Mile, O Brother, Where Art Thou?, School of Rock, and Before Anythang: The Cash Money Story; Lin-Manuel Miranda’s Broadway sensation, Hamilton; television shows “Empire” and “Star;” video game projects with EA Entertainment, Activision, and Rockstar Games, Inc.; and for a variety of high-profile music syncs in major ad campaigns in the US and around the globe.

Mannis-Gardener also served as an advisor to the first two seasons of the FOX music competition show, “The Four: Battle for Stardom.” She was the overall music supervisor for Allen Hughes’ HBO documentary about Dr. Dre and Jimmy Iovine, The Defiant Ones, for which she won the 2018 Best Music Supervision in a Docuseries or Reality Television award from the Guild of Music Supervisors, as well as the 2018 GRAMMY Award for Best Music Film. She was named 2016 Entrepreneurial Woman of the Year by the New Castle County Chamber of Commerce, and has spoken at many industry events. 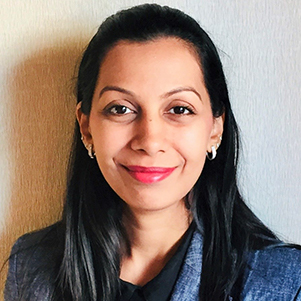 
As Senior Product Manager at Gracenote, Preeti Naini is responsible for applying Gracenote’s expertise with Music, Video and Sports data to drive innovation within the fast-growing podcast industry. By developing and bringing to market new data products, she will help to improve search, discovery and recommendations of audio on demand content and optimize user experiences around podcasts. Prior to joining Gracenote, Naini was Product Manager at eBay where she was responsible for developing customer-centric solutions for product based search, recommendation engines and online payments. 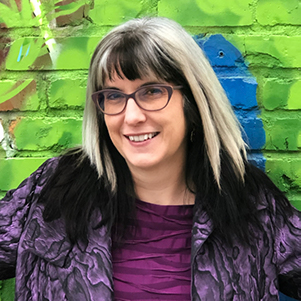 Katharine Richardson is the co-owner of two businesses: the Richlynn Group, a PR, Marketing, and Management firm; and InDo Nashville, a coworking event and office space. As a marketing and management executive, she has represented artists and brands including Martin Guitar, Robert Earl Keen, The Doobie Brothers, John Oates, LR Baggs pick-ups, and Ear Trumpet Labs microphones. Prior to starting Richlynn, she worked at Gibson Guitar, WME, BMI, Capitol Records, and CMT/TNN. 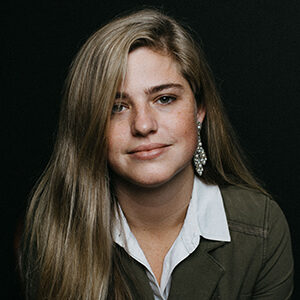 Clara Rose is the editor, producer, and co-creator of Americana Podcast. She has worked with Keen Productions for three years, and is dedicated to expanding the reach of Americana music for all listeners. 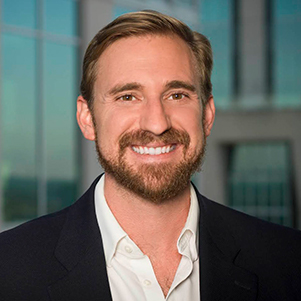 Sam Savage is the owner and operator of American Songwriter, a magazine and digital media property he acquired in 2019. Savage has more than 15 years experience in digital media, and has operated and rapidly grown a diverse portfolio of successful ventures through his expertise in advertising operations, sales, and project management. Savage is the former CEO and part owner of Pop Culture Media. After taking over as CEO in January 2016, Pop Culture Media experienced record revenue and audience growth of over 236%. Prior to operating Pop Culture Media, he served as CRO of 247Sports, achieving 112% growth in 2015. 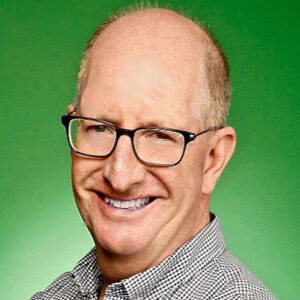 Kevin Twitchell is the Head of Business Development at DataArt in Media and Entertainment. DataArt is a global technology consultancy that designs, develops, and supports unique software solutions, bringing together the expertise of more than 3,000 professionals in 20 locations worldwide. Twitchell is also the Managing Principal at TCO Advisors LLC and a Founding Partner of Wonderama Holdings LLC, where he leads the strategic direction for all cross platform production. He has also been nominated for an Emmy Award as the Co-Producer of “New York’s Star of the Day” on FOX5. Throughout Twitchell’s career, he has held senior leadership positions at labels and in distribution at Universal Music Group, Warner Music Group, Sony Music Entertainment and digital TV/film distributor Cinedigm.