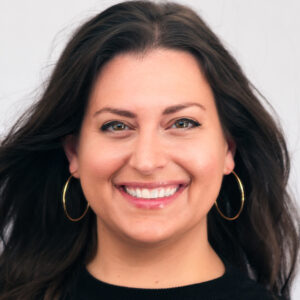 Rosa Asciolla is the Head of Artist & Label Partnerships in North America for Spotify. She leads the team that works directly with artists and managers supporting, empowering, and educating the creative community about Spotify, how to navigate the digital landscape, and its impact on the music industry. She also works across teams to foster relationships and to build feedback loops between Spotify and the artists.

Asciolla has advised on projects centered around putting tools in the hands of artists, and she works closely with artists’ teams to guide them on the utilization of these tools to connect with their fans and build a greater following. Along with the Artist & Label Marketing Services team, she has been integral in creating Spotify’s first artist-focused website. A key player and innovator in the fast-paced and changing digital music landscape, Asciolla’s rapid career trajectory is an example of the contributions that young and innovative women can make in an enabling and forward-thinking environment. 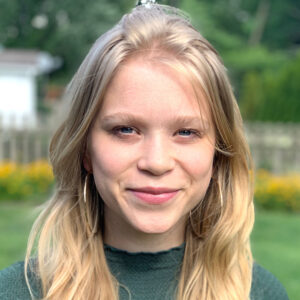 
Valerie Braaten is the Music Supervisor for Cycle at Peloton Interactive. In this role, Braaten focuses on music curation, rights, and activations, as well as diversifying music genre offerings and highlighting both indie and emerging artists. Braaten’s background in the music industry has seen her work in A&R, music licensing, and music supervision for documentary film. 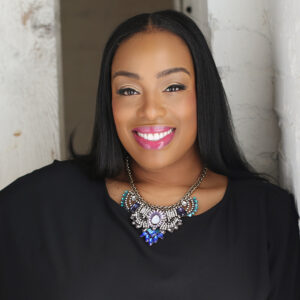 Charlene Bryant recently founded her own artist management company, Riveter Management, and manages superstar artist Trippie Redd. She is passionate about helping artists, and her company motto is to treat every client like a VIP.  Prior to founding Riveter, Bryant was a Digital Account Manager for Sony/RCA Inspiration. She is a results-driven professional that understands and appreciates the importance of relationships in the music industry. She was Vice President of WMBA in 2019 (Women’s Music Business Association), a member of SOLID (Society Of Leaders In Development), and a member of the Country Music Hall of Fame Troubadour Advisory Council. She also was honored with the Nashville Business Journal’s Women in Music City Award two years in a row in 2018 and 2019. 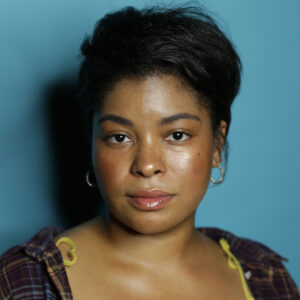 Evangeline Elder heads artist-brand partnerships and works on strategic marketing at leading indie label EMPIRE, handling key relationships with Dolby, Brown-Forman, Glossier, Puma, Nike, Dropbox, Hennessy, Diageo, Beats, Native Instruments, AirBnb, Levi’s, VSCO and many more. She is also the co-founder and CEO of Women Sound Off organization and festival, which brings out more than 1,400+ women and creatives every April for WSO Fest and has received accolades from Forbes, The Guardian, KQED, SF Chronicle, and Hype Bae. This role has seen her personally mentor over 50 women, as she strives to build safe spaces for women and creatives across sectors within and outside of music. 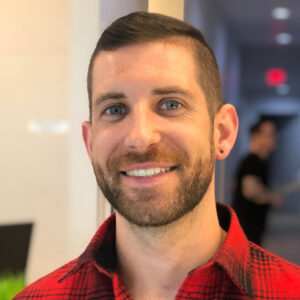 John Farrey is a Label Relations Manager at Amazon Music. He recently made the Billboard 2020 Pride List while leading Amazon Music’s global Pride Month initiatives, including the relaunch of the PROUD playlist and the release of a mini-documentary on the queer disco icon Sylvester. He also worked on the launch team for the hi-res streaming tier, Amazon Music HD. Farrey currently serves on the Board of Directors for TeenTix, a non-profit arts access organization for teens.

Kiana Fitzgerald is a music journalist, cultural critic, and DJ. Her work has appeared in Rolling Stone, NPR, Billboard, Vibe Magazine, The Fader, and other digital & print publications. 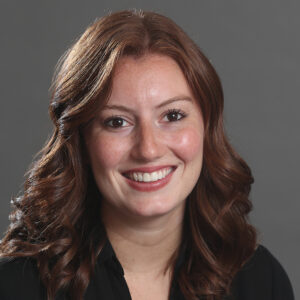 
Katie Germano is a Music Agent at leading entertainment and sports agency Creative Artists Agency (CAA). Germano works in the Nashville office and represents many of the world’s leading musicians including Kelsea Ballerini, Drew Holcomb and the Neighbors, Maddie & Tae, Hunter Hayes and Josie Dunne. Germano began her career at CAA in 2014, and was promoted to Agent in 2018. 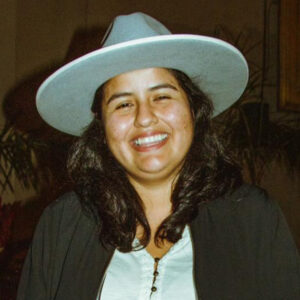 Maria Gironas serves as the Director of Digital Platform Strategy for Q&A/Human Re Sources, focusing on building artist narratives through platforms like YouTube, Tik Tok, and more. Prior to joining Q&A, she was a Strategic Partner Manager on YouTube’s Artist Development team, partnering with artists like A R I Z O N A, Lauv, Julia Michaels, Tenille Arts, Neffex, Moss Kena and more to develop unique content strategies on the platform. An artist development professional with over 10 years in the music industry, Gironas’ experience have ranged from being a signed artist to cultivating national publicity or social media campaigns for artists and brands including Fender, Emo Night Brooklyn, Taking Back Sunday, Bear Hands, Noah Gundersen and Pierce The Veil. 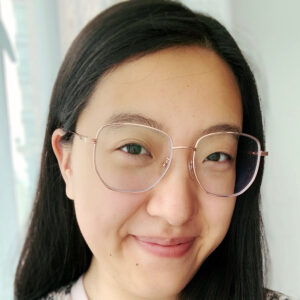 Cherie Hu is an award-winning writer and researcher focusing on innovation in the global music business. Her newsletter Water & Music, featuring original analysis on music/tech trends, reaches over 8,000 subscribers ranging from emerging artists and managers to C-suite music and media executives. You can also find her work in Billboard, Forbes, NPR Music, Music Business Worldwide, Pitchfork, Rolling Stone and many other publications. She has spoken as an expert commentator on CNBC, CGTN America and SiriusXM; as a guest lecturer at institutions like New York University, Northeastern University and the University of Oregon; and as a moderator, panelist or keynoter at over 30 conferences around the world. She is currently working on a book for Bloomsbury about the parallels between independent music careers and tech entrepreneurship. 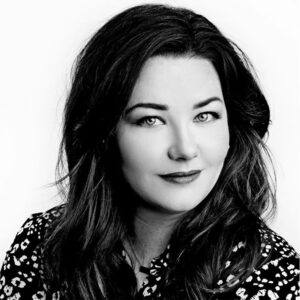 Sam Juneman is the VP of Music Strategy and Tactics at Universal Music Group. She currently serves on the Advisory Board for the University of the Pacific Music Industry Department and works with non-profits like the Willie Mae Rock Camp for girls on fundraising and program development. Juneman is also a violinist and plays with community orchestras like The New York Repertory Orchestra and The Los Angeles Doctors Symphony. 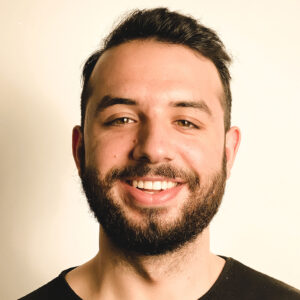 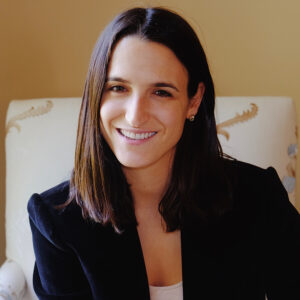 Maytav Koter is the founder of Good Company MGMT, a boutique, family-oriented producer & songwriter management company. Since starting Good Company, Koter has signed and developed singer-songwriter and author Hayley Gene Penner, who is releasing her debut memoir this Fall and has penned songs for The Dixie Chicks, Sabrina Claudio, Lennon Stella, Charlotte Lawrence, The Chainsmoker and more. In addition to Penner, Koter manages producer/instrumentalist Spencer Stewart, who executive produced Alina Baraz’s album It Was Divine, and works with Role Model and Tori Kelly, among others. She also serves as an A&R consultant for Atlantic Records UK and Elektra Records, and is a member of City of Hope’s Future Hope committee. Prior to founding Good Company, Koter was Director of A&R at Primary Wave. 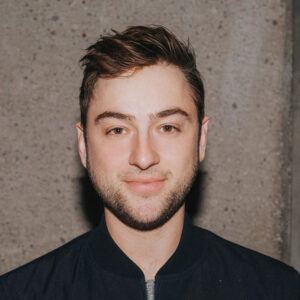 Justin Lubliner is the President and owner of The Darkroom, a forward-thinking artist development company that includes Darkroom Records, a subsidiary of Interscope Records, and Darkroom Management. Since starting The Darkroom in 2014, Lubliner has signed and developed multi-platinum sensation Billie Eilish and electronic festival headliner Gryffin. Recently, Lubliner signed newcomers Oliver Malcolm and Max Leone to the Darkroom Records imprint. With a focus on artist development, creative strategy, and fostering fan engagement, Lubliner has been a driving force behind the careers of his clients from the early planning phases to execution. Lubliner also serves as an executive consultant for Interscope, where he helps with marketing and business development across the label’s entire roster. 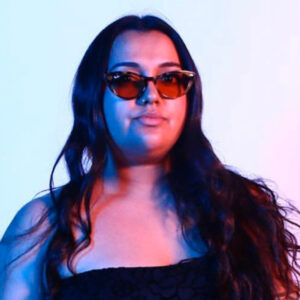 Ana Maldonado is a Marketing Coordinator at Columbia Records, working with Co-Head of Urban Music Phylicia Fant across multiple departments including marketing, press and strategy. Maldonado’s career began in March of 2017 working for management company The Revels Group under James Supreme. Within a short time, she assumed the role of GRAMMY-nominated producer Bizness Boi’s day-to-day manager, working on many major releases including Lil Nas X, PARTYNEXTDOOR, 6LACK, Jessie Reyez and more. 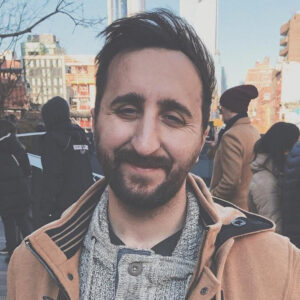 Chris Martignago is Director of A&R and Research for Atlantic Records. Martignago works closely on a roster that includes Paramore, Shinedown, Rainbow Kitten Surprise, Savannah Conley, Josie Dunne, and Devin Dawson. He also manages Nashville-based Alternative R&B artist, R.LUM.R. Prior to his current role, Martignago started out as a musician and songwriter, touring in bands for several years. He has worked for many different companies in the industry including Florida Music Festival, Cirque Du Soleil, and AEG Live. 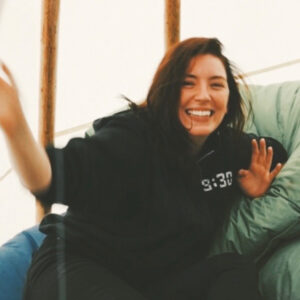 Kate McLaughlin is an entrepreneur, branding consultant and manager currently handling day-to-day operations for her sister, artist Bishop Briggs. Though she has a diverse background in hospitality, sales, customer service and recruitment, McLaughlin’s deepest passion is music. Whether it was starting a YouTube channel for her sister or being the resourceful eye behind making a chart-topping artist timeless, her empathy, passion and drive have allowed her to focus on her clients’ well-being, mental health and authenticity. 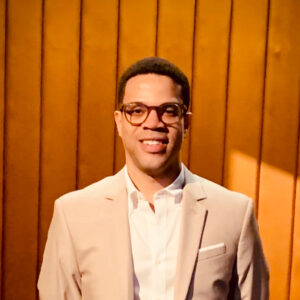 Jordan Moran is the Director of Digital Marketing at Primary Wave, a role that sees him breathe new life into the music catalogues of icons and legends like Smokey Robinson and Gloria Gaynor with the help of new technology, apps, and digital partners. With his network of partners including Lyft, JibJab, ATTN.com, and Timehop, Moran has helped give “old songs” new meaning for millennials, Gen Z, and generations to come. 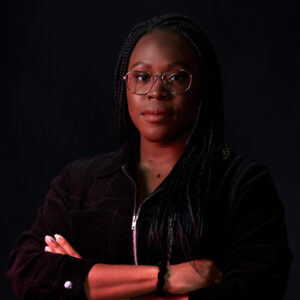 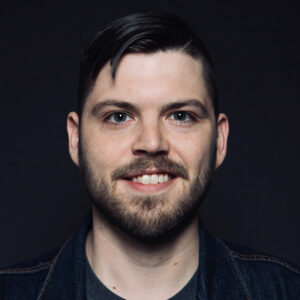 Tommy Stalknecht is the founder and CEO of Single Music – the first dedicated music app for the Shopify ecommerce platform. With 10 years experience in the D2C side of the music industry, Tommy has had the privilege of working with artists at all stages of career success. Prior to founding Single he was Director of Product Development at a Nashville-based web agency serving clients like Lady Antebellum, Sam Hunt, Charlie Daniels, Kenny Rogers, The Ryman, and hundreds of other properties. 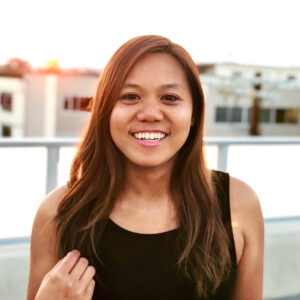 Grace Segundo is an independent music manager (for artist Lauren Sanderson) and digital marketing consultant with a passion for artist development and branding. Most recently she was an Assoc. Director of Digital Marketing & Strategy at Roc Nation, overseeing campaigns for Rihanna spanning music, film, beauty & fashion, and philanthropy projects. Segundo began her career as a freelance graphic & web designer and street team manager at Capitol Records in 2008. Climbing the ranks from intern to Sr. Manager of Digital Marketing during her ninevyears there, she created and executed digital campaigns for breaking artists including Sam Smith, Tori Kelly, and 5 Seconds of Summer, and worked releases for established artists including Katy Perry, J.Lo, Mary J. Blige, Avenged Sevenfold and many more. Segundo also enjoys playing guitar, karaoke and writing. 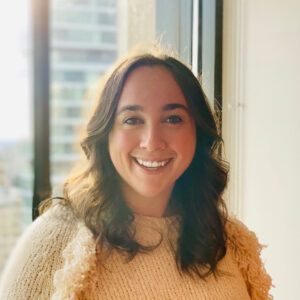 Jennifer Tanner is RCA Records’ Sr. Director of Global Brand Partnerships; in her more than seven years with RCA, she has been key in developing, negotiating and executing partnerships with many of the world’s leading brands and artists. Tanner was instrumental in developing collaborations including Khalid’s partnership with BMW’s #RoadToCoachella, Kesha’s “Raising Hell, Raising Spirits” launch event with Jack Daniel’s, and Kygo’s exclusive “Golden Hour Chill Mix” with relaxation app Calm, among others. She has also helped develop RCA’s Summer Internship program NipperU, and is currently serving as a mentor with She Is the Music’s Virtual Mentorship program. 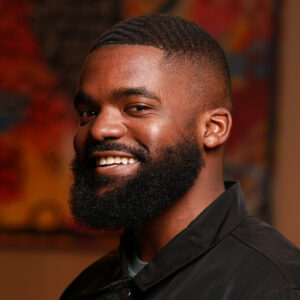 Will Toms
Co-Founder and Chief Creative Officer of REC Philly

Will Toms is the Co-Founder and Chief Creative Officer of REC Philly, serving as the visionary behind the company’s endeavors. This Germantown-born Philadelphia native has quickly made a name for himself in the region’s startup community — in less than four years, he has grown his organization to almost 20 employees and raised over $3 million to scale his socially-driven business model from a warehouse in North Philadelphia to a state-of-the-art facility in Center City. Powered by his innate innovative aptitude, Tom’s vision is to scale REC’s model to span across international communities, establishing a network of independent creators that all have access to the resources, strategies and opportunities necessary to own their future. Outside of his work at REC, Toms continues to serve his community at large as an active member of several non-profit boards including HopeWorks, Urban Creators and the Arts + Business Council.