October marks the 10th anniversary of the launch of Spotify, and without a doubt music consumers have truly embraced the streaming platform:

Even more fun facts can be found below, and be sure to listen to Spotify’s anniversary playlist featuring the 100 most streamed songs of the decade! 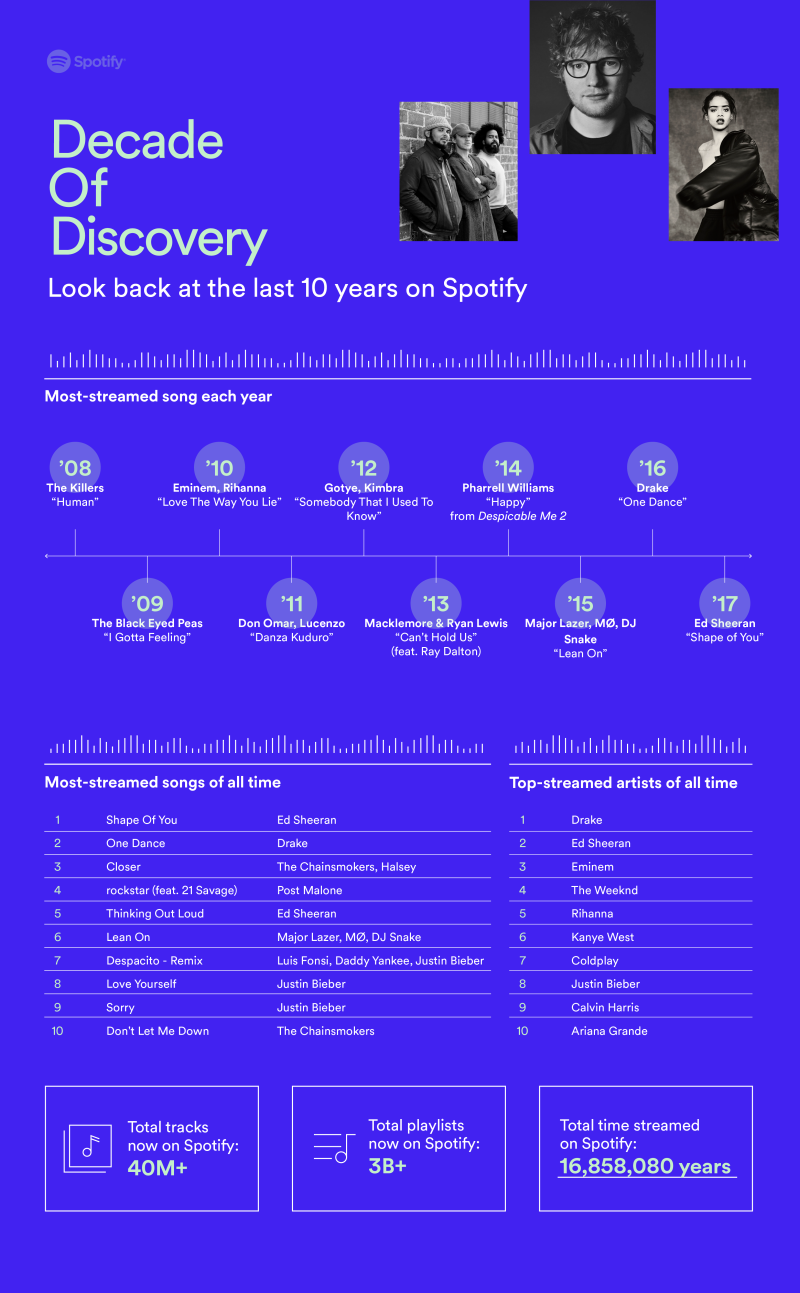