The Music Business Association (Music Biz) has announced that longtime President James Donio will be succeeded in this role by Dr. Portia Sabin, who will assume day-to-day operations of the Association beginning September 3. Donio will remain in an advisory role.

“We are extremely grateful to Jim for his more than three decades of commitment, leadership and vision,” said Music Biz Board Chairman Matt Signore. “He has passionately guided the organization through any number of seismic industry changes and challenges during his tenure: the shift from a singular focus on the physical business to a broader identity embracing all forms of music consumption; a complete rebranding as the Music Business Association in 2013; and moving the annual Music Biz Conference to Nashville in 2015. The Conference has steadily grown in size, scope and recognition, with the 2019 event being the largest and most successful in 20 years.”

Signore continued, “We are excited to have Portia coming on board. She is a thought leader in the industry and has her finger on the pulse of important issues facing our community. From spearheading the creation of the A2IM Libera Awards to starting a podcast to educate musicians and others, Portia has been a strong advocate for the music business as a whole. Her extensive experience serving on several national boards, including A2IM, the RIAA, and the Recording Academy, will add to her effectiveness as President of the Association. We are looking forward to benefiting from her leadership and vision as the organization moves forward.”

Sabin started her career in music as the drummer in NYC pop-punk band The Hissyfits. She then opened an artist management company, Shotclock Management, before taking over the reins at Kill Rock Stars in 2006. In 2014, she created the popular music business podcast The Future of What in an attempt to broaden awareness of issues important to the industry. The show shines a light on the many people in the music industry who help artists achieve careers in the new digital economy and educates musicians about the business part of their job. Sabin is particularly concerned with diversity and inclusion in the industry and has supported the community at the local level as well, serving as chair of the board for trade organization MusicPortland and the original Portland Rock’n’Roll Camp for Girls. She earned her Ph.D. in Anthropology at Columbia University in 2004.

“I am looking forward to embracing this new challenge,” said Sabin. “I’ve been very impressed with how the Music Biz conference has become a hub for the important discussions that need to be taking place in the industry, and I am excited to be joining an organization that embraces all aspects of the community. I am grateful to Jim for building such a strong foundation and am confident he’ll be just as successful in his future endeavors.” 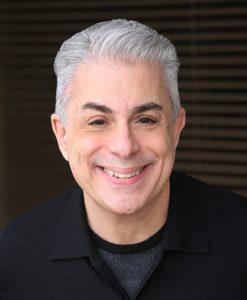 Donio started work at the then National Association of Recording Merchandisers (NARM) in 1988 as Director of Creative Services, and proceeded to rise in the ranks to become its President in 2003. Donio plans to continue his professorships in Music Business at Monmouth University in New Jersey and Temple University in Philadelphia, as well as engaging in other consulting and writing opportunities.


“I have spent literally half of my life at this Association, and the memorable experiences I’ve had and the close relationships and friendships I’ve made in the industry are irreplaceable,” said Donio. “I’ve also had the incredible good fortune to work with the most amazing staff of professionals that I consider to be more than colleagues…they are family to me. I wish Portia the best in her new adventure and look forward to working with everyone to help the organization continue to grow and prosper.”